This thing started out just as an excuse to 1) finally use my Xmas gifts from @tamarynart (an @arbortechie minicarver and bowl gouge) and 2) just carve something random outside from a chunk of cherry firewood I had lying around. I also used pretty much all of my @saburrtooth rotary burrs on this thing. It’s not the best thing I’ve carved – pretty lousy anatomical accuracy and the suckers aren’t nearly as detailed as I would have liked. But I just sort of sketched it as I went. After putting a couple weeks into it, I was ready to call it done. Overall, I’m pretty happy with how it turned out for a one-off bowl to hold the TV remotes in our “Lair”. 😂

This is a 3 dimensional painting on 8X8 canvas. The tentacles coming out of the canvas were made from MagicSculpt.

And here is a little bit of the making of “I Hear You Have Crabs.” 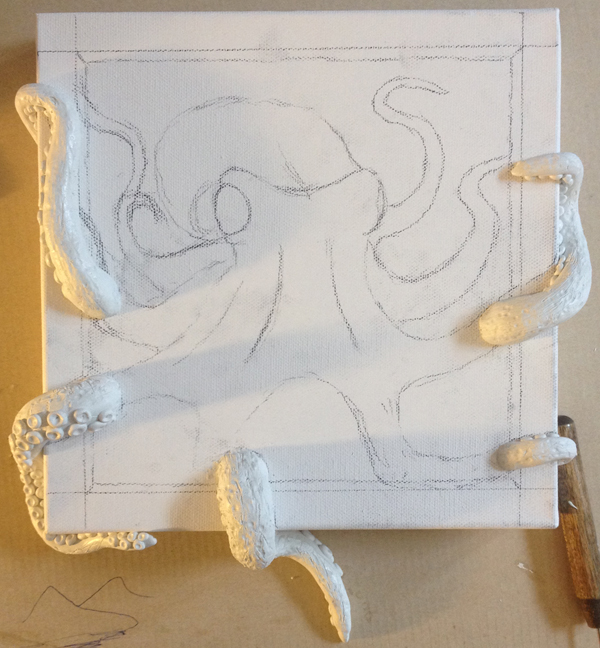 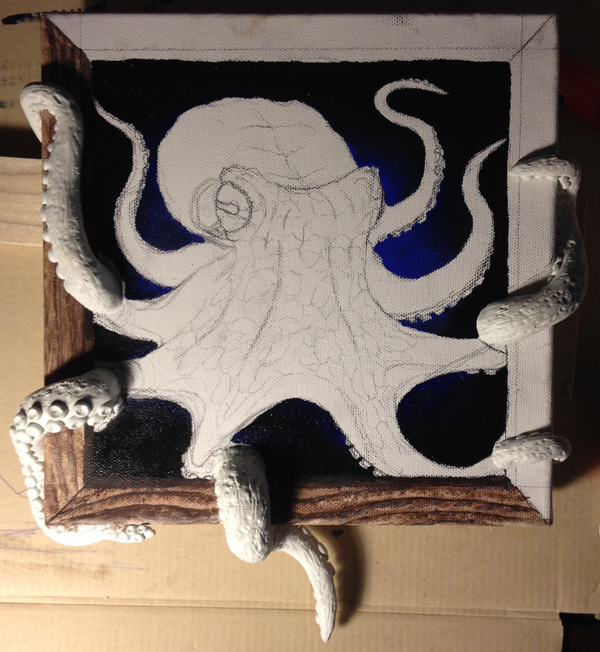 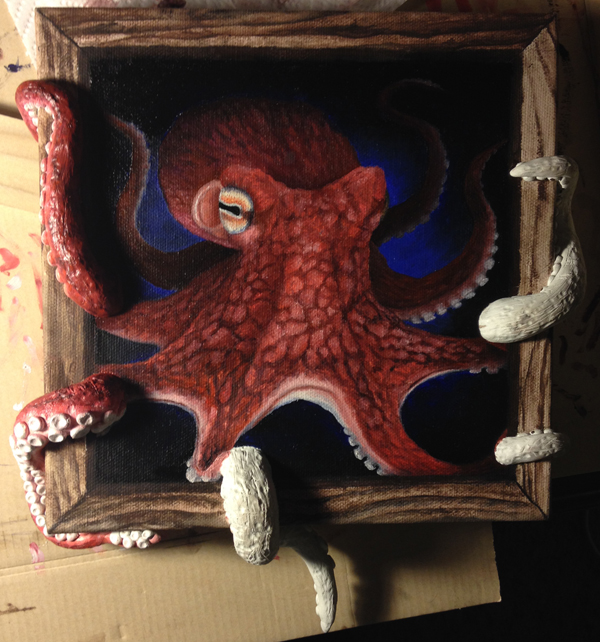 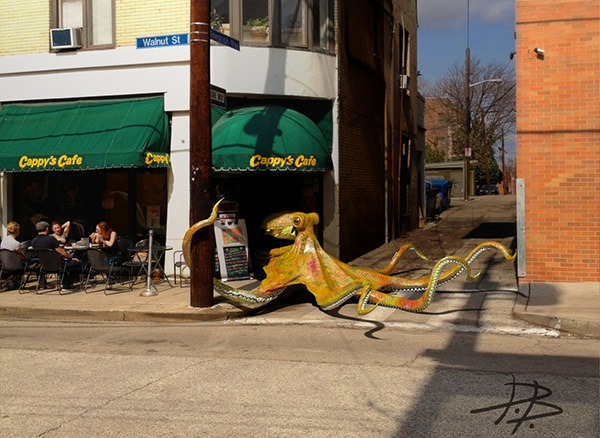 This is the tenth in a series of pieces, “Ocean Invasion,” which finds ocean creatures living in absurd land habitats.

This was an exercise in integrating a 3D computer model into a real world photo with at least somewhat realistic lighting and shadows. I shot the photo with my phone cam, and modeled, textured, and rendered the octopus in Blender. A little bit of post-processing was done in GIMP. Began and completed in one afternoon. 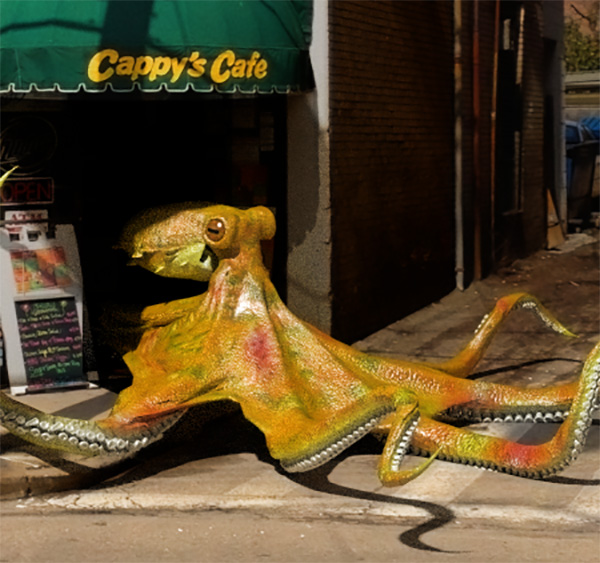 Do you like Octopuses? How about Dinosaurs?
Then check out this new T-shirt I designed. That’s right – it’s an Octopus eating a Velociraptor in a tree.
(note: this is a compressed jpeg version – the original and t-shirts are much higher quality).

Buy this T-shirt at the
Laughing Mantis Zazzle store. 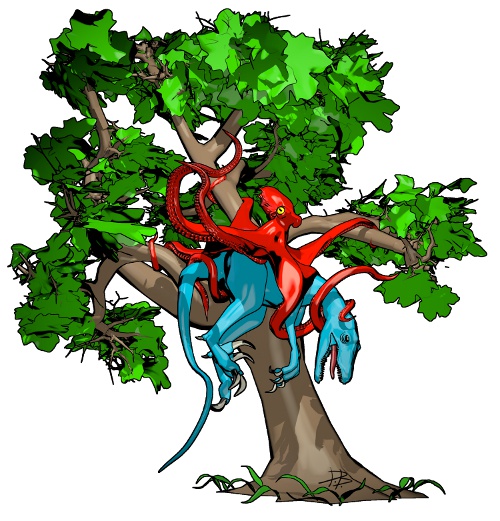 You can get it in black or white (or multiple other colors I believe). 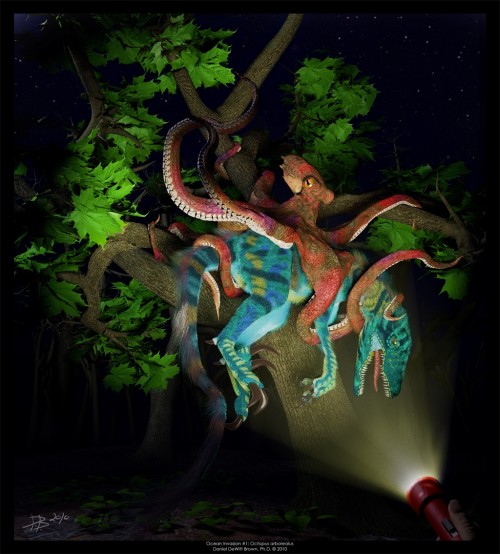 This is the first in a series of pieces, “Ocean Invasion,” which finds ocean creatures living in absurd land habitats.

This is “Sir Rano Ham,” the beloved fuzzy litt

Hello there. Just getting a little saber-carving i

The Reels version. Because the IG monster must be

If you live in Pittsburgh, you know this iconic st

Template for my next project. What have I done?!